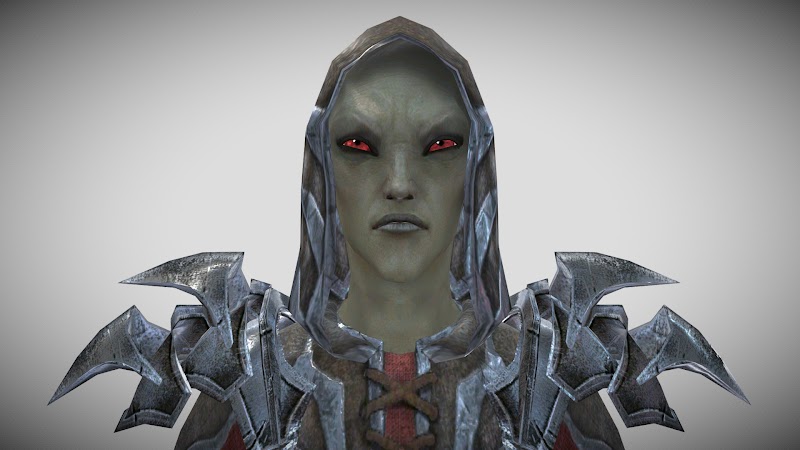 Aspera the Forgotten is a mysterious Chimer ghost that is heavily implied to be the Daedric Prince Boethiah in disguise. She appears during the Into the Mouth of Madness quest in Eidolon's Hollow to help you uncover the past of Magistrix Vox and understand the events that led to her rebellion against Almalexia and the Tribunal.

This model has a purple semi-transparent Spirit visual effect applied to it in-game.

The same exact model but with a different visual effect is used for the Shadow of Boethiah, further proving that Aspera is Boethiah herself.

The Khenarthi's Pride outfit style is coming to the #ESO Crown Store during the Pan-Elsweyr Celebration later this month!