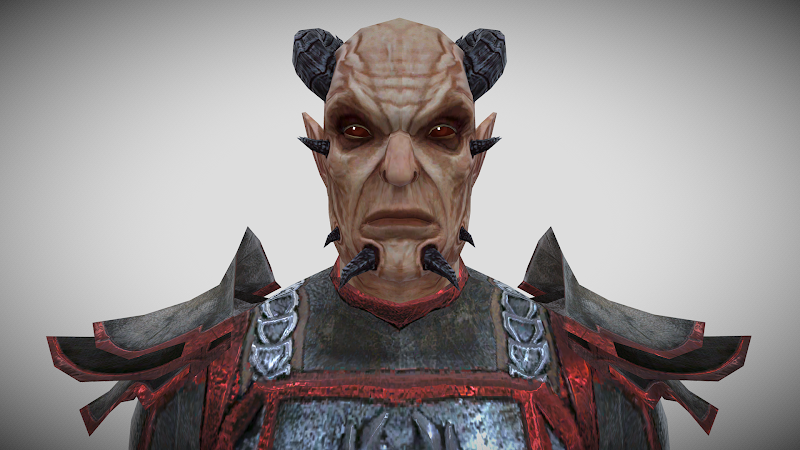 Thane Fellrig is a Daedra that pretends to be an ordinary Nord patron of the Everfull Flagon tavern in Coldharbour. He tricked the tavern owner Bernt the Brittle into making a pact with him, which granted Bernt a never-ending supply of mead but led to the whole village ending up in Coldharbour and the villagers' souls being stolen by Fellrig.

When his identity is discovered, Fellrig first appears as a Dremora but looks more like a Xivilai when you fight him later in the quest.

The Khenarthi's Pride outfit style is coming to the #ESO Crown Store during the Pan-Elsweyr Celebration later this month!