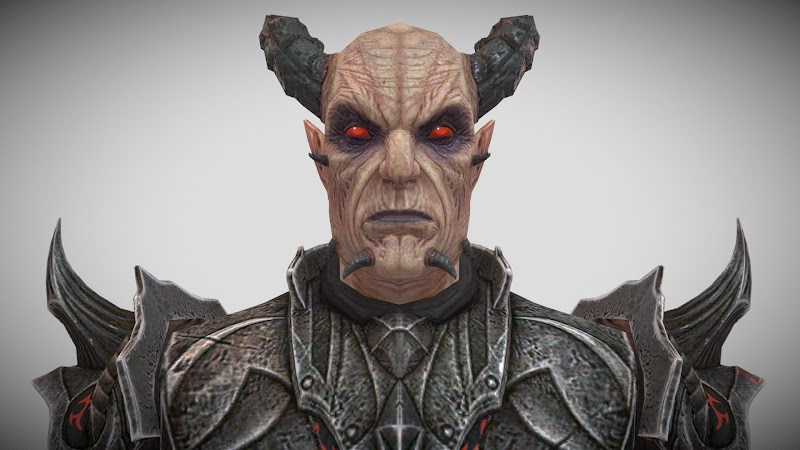 Valkynaz Nokvroz is a high-ranking Dremora in service to Mehrunes Dagon. He is the commander of the Ardent Hope fortress in the Deadlands, a position he attained after putting a curse on Arox the Mutilator, his former superior and the previous commander of the citadel.

This model is used for Valkynaz Nokvroz during most of the Deadlands DLC main story quests.