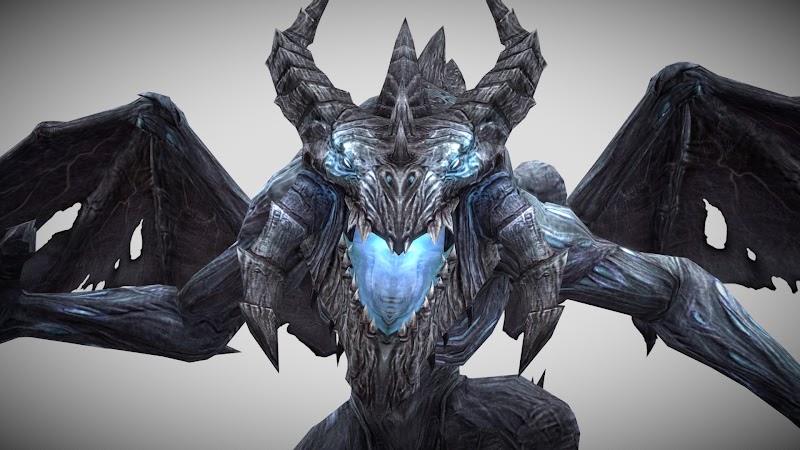 Daedric Titans are giant winged Daedra created by Molag Bal when he corrupted a captured dragon. They normally serve Bal but some can be found in service to other Daedric Princes such as Boethiah or Mehrunes Dagon, while others, like Bogdan the Nightflame, are powerful enough to rule their own smaller realms of Oblivion.

This model is used for generic Daedric Titans and for the following unique ones: