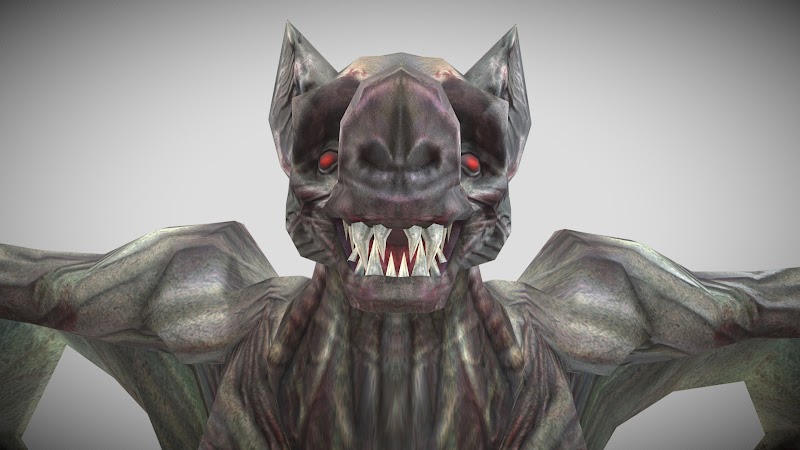 Giant Bats are large flying creatures found in caves and forests of many regions of Tamriel as well as some realms of Oblivion. They are usually hostile and will attack anyone on sight, although some vampires are known to be able to control them.

This model is used for generic Daggermaw Bats, Giant Bats, Shade Stalker Bats, Vampire Bats and Werebats and for the following unique ones: