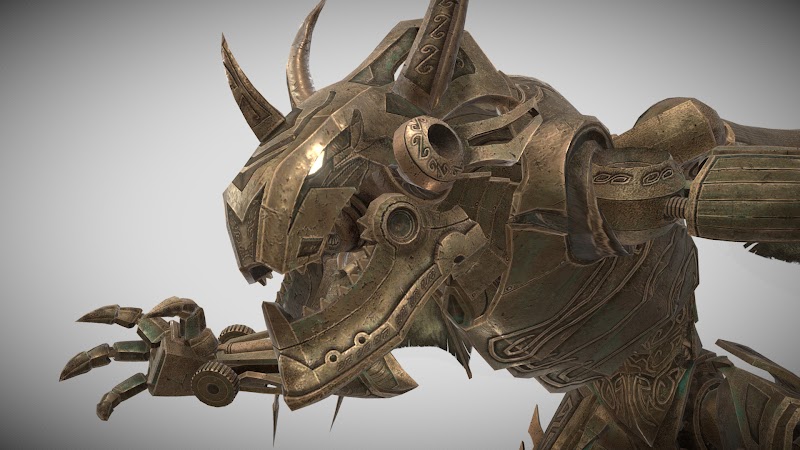 Saint Olms the Just was a Dunmer saint as well as friend of the Tribunal and founder of the Ordinators. When he died, Sotha Sil transferred his soul and the souls of two other Dunmer saints, Felms and Llothis, into giant Factotums with the intention of making them immortal. The experiment seemed a success at first but eventually the Saints went mad and became aggressive.