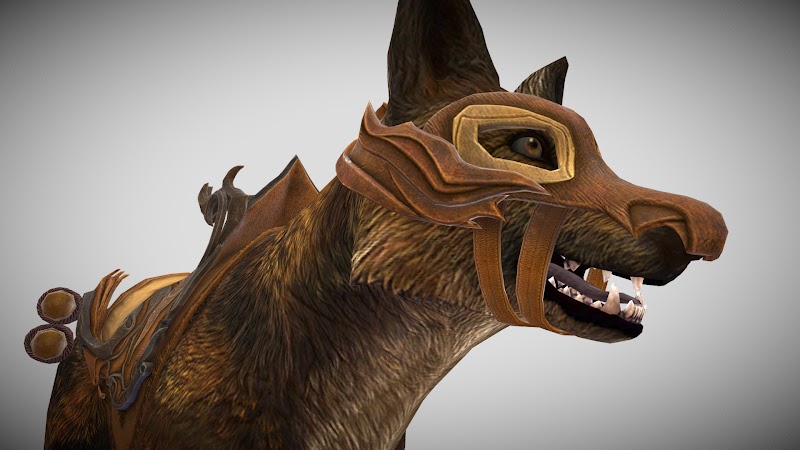 Keep in mind that this model was found in the game files and this mount is not officially confirmed. As such, it might change significantly on release or might never be released at all.

"A hint of playfulness. A touch of joy. An aura of mystery. These mix under Jode's light and take the form of a masked fox who seeks out these traits in their next rider. Or so the priests say. But maybe they've had too much moon-sugar."—Sulema.