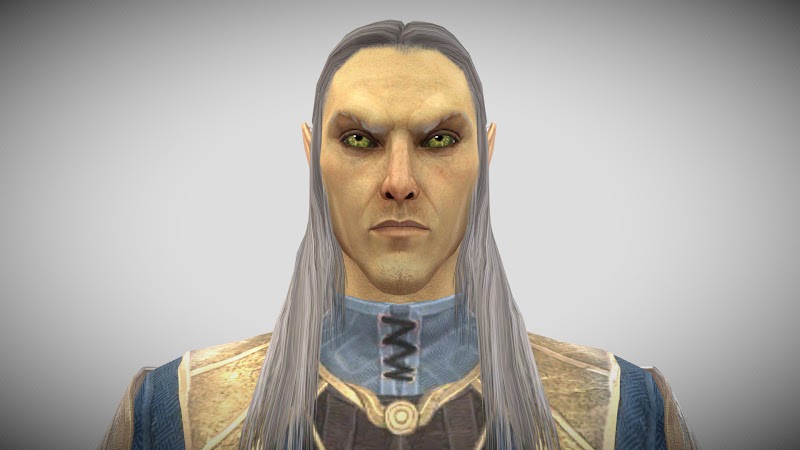 Mannimarco, also known as the King of Worms, is a powerful Altmer necromancer and the leader of the Worm Cult. Earlier in life, he was a member of the Psijic Order and friends with Vanus Galerion but they had a falling out when Vanus realized he couldn't persuade Mannimarco to stop his necromantic experiments. Eventually, other Psijics found out about Mannimarco's dark interests, and he was banished from the Order.

This model has a semi-transparent Projection visual effect applied to it in-game.