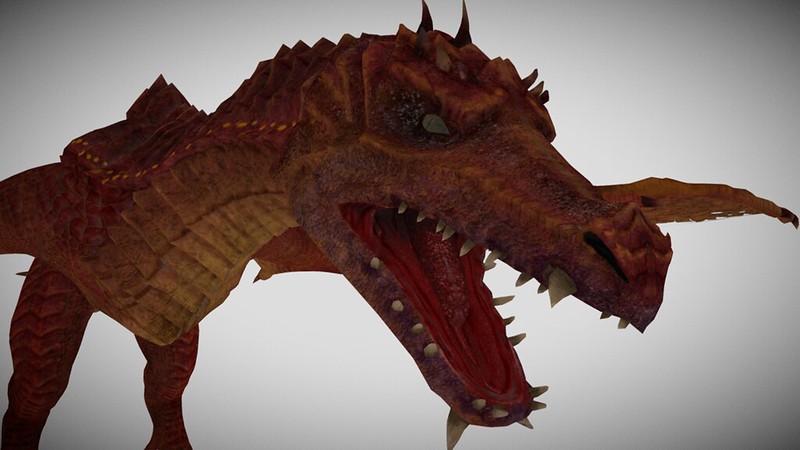 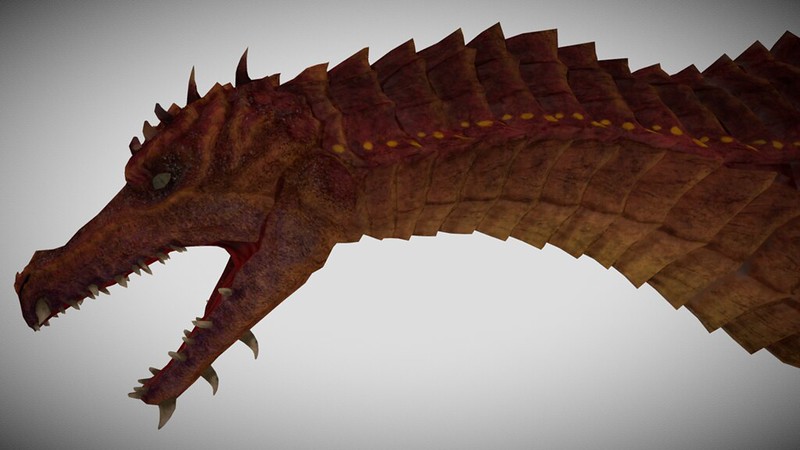 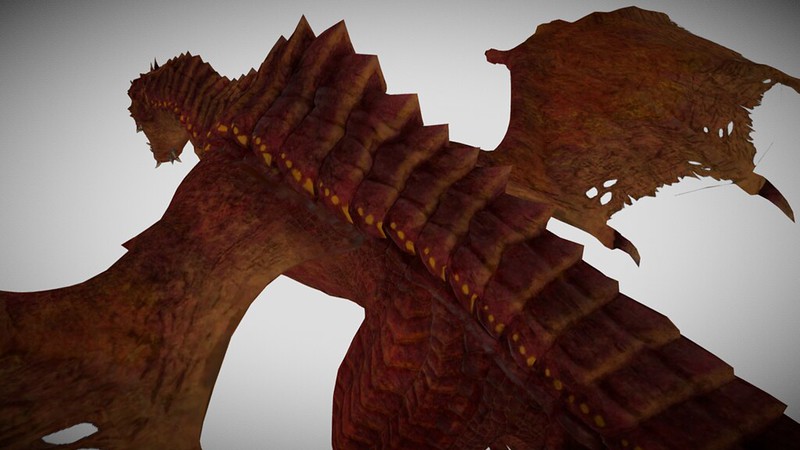 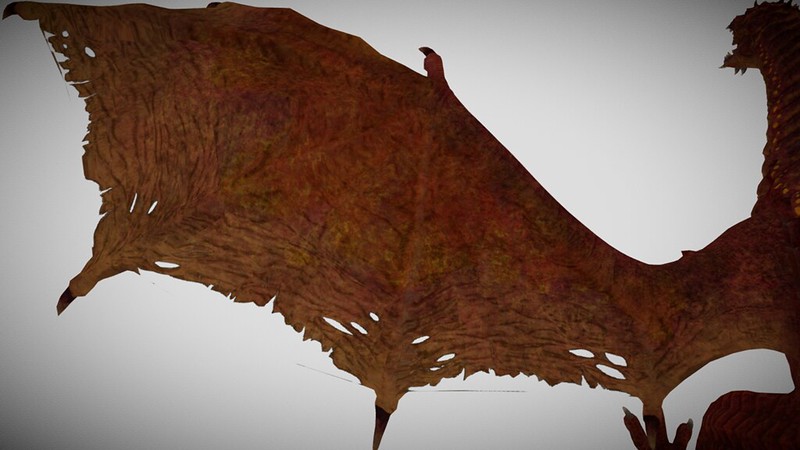 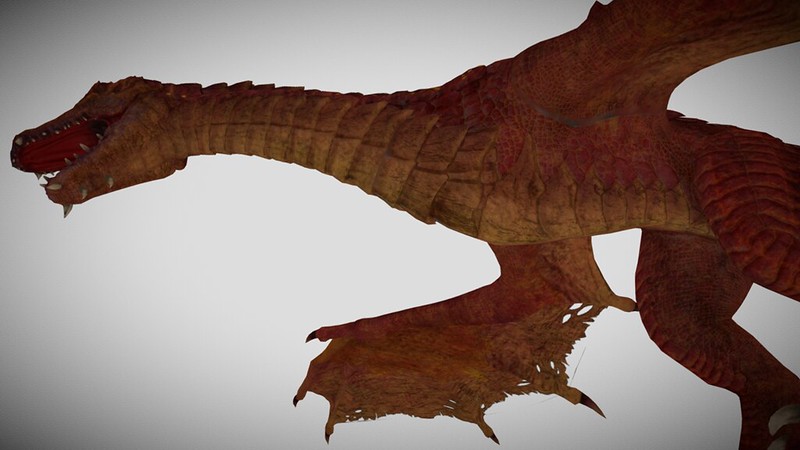 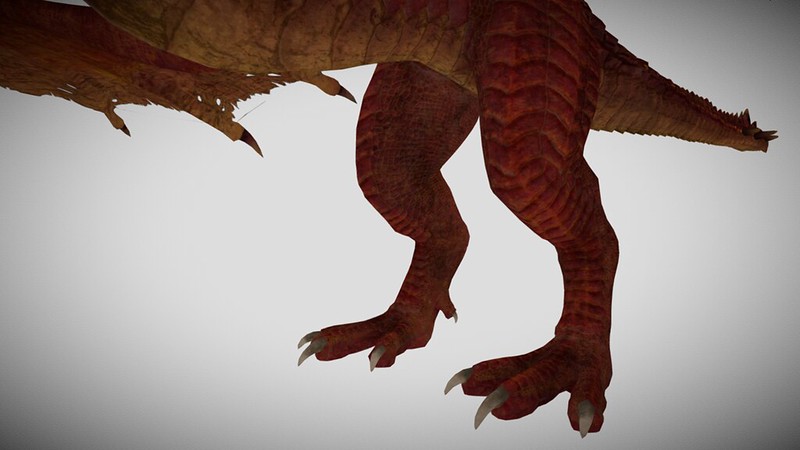 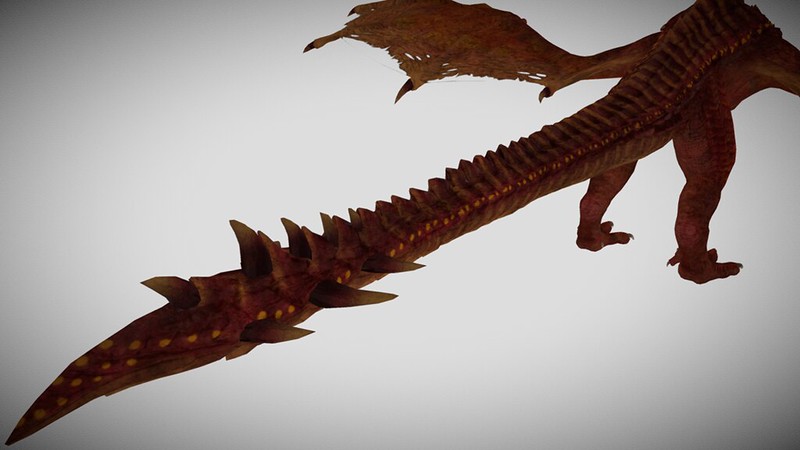 Dragons are a rare race of fearsome reptilian beasts. They are considerably large, standing much taller than the average mortal. They possess large clawed wings that enable them to fly, and an affinity for magic, which is sees use in combat through various spells and shouts. Their status as powerful beings is not to be understated, as they are divine children of Akatosh who are specially attuned to time, possessing unique souls and never aging, allowing them to live for millennia on end. They were commonly thought to have been extinct, as many of the dragons were hunted in the past, until a rage of dragons was released from the Halls of Colossus, beginning the Season of the Dragon.