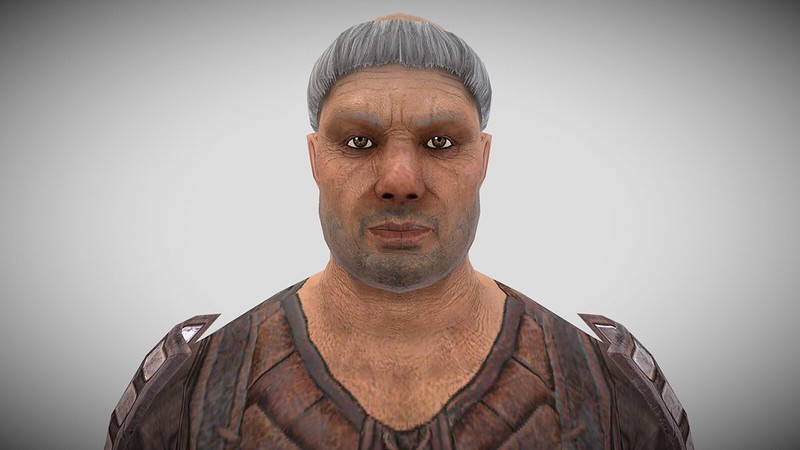 Ogier is the firstborn son of a rich and powerful Breton noble. His parents were devout followers of the Eight Divines and when they couldn't have children for a long time, they made a vow to Mara to give their firstborn to her Temple. Soon after Ogier was born.

Ogier's parents kept their vow and when he reached the age of 16, he was obliged to become a monk in the Benevolence of Mara. But Ogier himself was devastated as he didn't care about the Divines and his parents' promise and was jealous of his siblings (for his parents had other children after him as well) who got to inherit the family fortune and choose their own destiny.

His bitterness only grew with years and Ogier started to openly disregard the Temple tenets and run away for parties. For a time, this was kept quiet as the head priest of the Temple was an old family friend and he still hoped that one day Ogier would come to his senses. But when Ogier was found by the guard in the company of Sanguine cultists who had previously abducted a woman to sacrifice her, there was nothing the head priest could do to help him.

Ogier tried to explain that he didn't know about the sacrifice and was there just for the party but the town council didn't believe him and only out of respect to his parents the death sentence was replaced with lifelong exile.

Having never left his hometown in his life, Ogier was terrified. He tried praying to Mara but there was no answer. Then, out of desperation, he called upon Sanguine for help. The voice spoke to him, and it was Sanguine himself. The Daedric Prince asked what Ogier wanted and Ogier explained that he needed something to convince the head of the town council to change her decision.

Sanguine offered Ogier a beautiful rose and told him to present it to the council head, promising that it would "make everything better". Overjoyed, Ogier ran to the council head's house, not even thinking about the fact that the Daedric Prince didn't ask for anything in return.

Ogier did everything as he was told but as soon as the council head took the rose, a Dremora appeared out of nowhere and killed her. Even worse, Ogier's parents came into the house at that exact moment as they wanted to petition the council head to change Ogier's sentence.

Horrified by what he saw and thinking that Ogier intentionally summoned a Daedra to exact revenge, Ogier's father attacked him and Ogier instinctively ordered the Dremora to kill his own father to protect his life. As soon as he realized what had happened, Ogier ran away, never to return again.