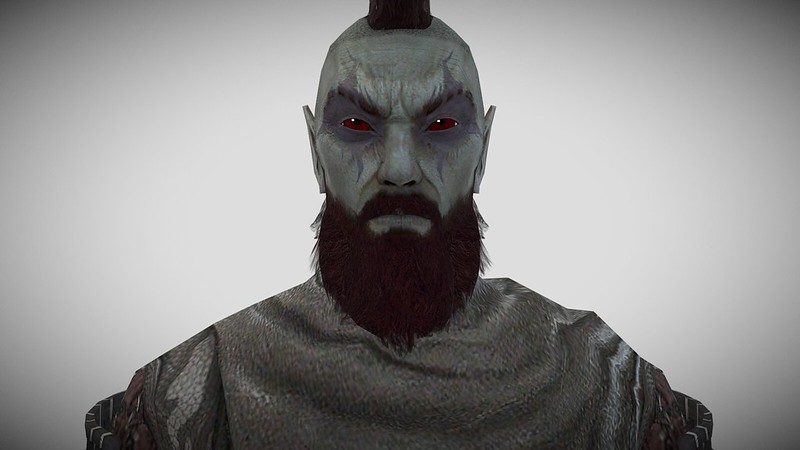 Lloyrin is a son of a House Dunmer man and an Ashlander woman. His father's parents greatly disapproved of their son's marriage and when he died shortly after the birth of Lloyrin, they threw his wife and child into the streets.

Lloyrin's mother tried to go back to her tribe but they wouldn't have her either and she was forced to live as a beggar, doing odd jobs to provide for her son. Years of hardship took a toll on her health and she died when Lloyrin was 14.

Left with no family and no one to guide him, Lloyrin threw in with street thieves and skooma addicts but for the first time in his life he got lucky when an old man he unsuccessfully tried to pickpocket didn't report him to the guard but instead took pity on the boy and took him in.

The man was a low rank Redoran army officer and he taught Lloyrin how to fight. Lloyrin later joined the army as well and served for a few years, even taking part in the famous battle against the Kamali invaders at Vivec's Antlers.

Unfortunately, Lloyrin's adoptive father died in the battle when Vivec summoned a tidal wave that took friend and foe alike. Enraged and disappointed with the Tribunal, Lloyrin decided to quit the army. He worked as a mercenary travelling all over mainland Morrowind until one day he met a Dunmer woman named Vila in Ebonheart. He fell in love with her and they traveled together for some time.

Vila told Lloyrin she was part of a group of Mephala worshipers and invited him to join them. Having heard a lot about the Good Daedra from his Ashlander mother, Lloyrin always revered them and decided to try and serve the Spinner in hopes of finding a greater purpose in life.

In Vvardenfell, fate will lead him to meet Vivec, the Living God responsible for his adoptive father's death, and Lloyrin will have to decide whether to have his revenge or find strength to forgive him and save the island and potentially the whole Tamriel from a Daedric threat.