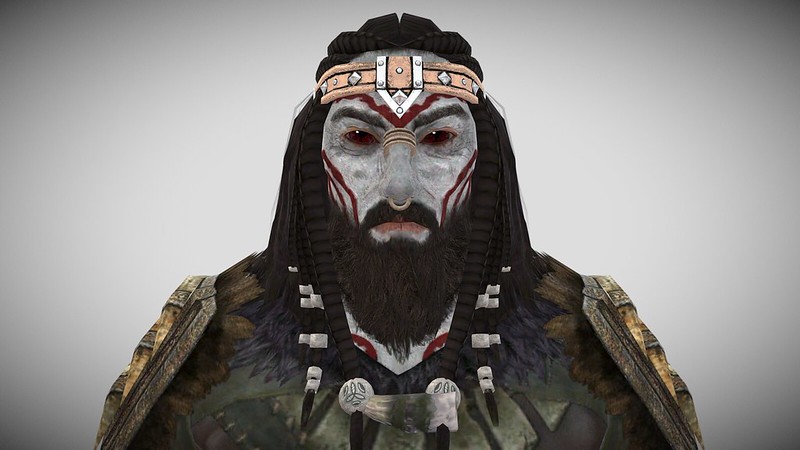 Foroch was born in a small village in Malabal Tor to a family of simple hunters. Growing up, he had always wanted to get out into the world and live a life of adventure. An opportunity finally presented itself with the formation of the Aldmeri Dominion, and Foroch entered the Dominion army despite the wishes of his parents.

He didn't serve long, however, as he refused to carry out the execution of Maormer prisoners captured in Greenshade in an operation headed by General Endare. Discharged from service and disillusioned with the Dominion, Foroch returned home only to find his village ravaged by werewolves and all his family killed.

Having lost the will to live, Foroch tracked the werewolf pack and was ready to die in a fight with them but the pack leader, impressed with his tracking skills and fighting spirit, infected him with lycanthropy and made him join the pack instead.

Foroch became a werewolf and hunted with the pack for years but he never forgot they had killed his family. He finally got his chance at revenge when a sizable contingent of Silver Dawn werewolf hunters arrived in Malabal Tor in response to the pack becoming increasingly bolder in their attacks on Bosmer settlements.

Foroch tipped off the Silver Dawn hunters on the location of the pack's hideout and the best time to strike. His plan succeeded as the pack leader and most other werewolves were slain. Foroch himself managed to flee as soon as he made sure the pack leader was dead.

Since then, Foroch has been hiding in the mountains between Malabar Tor and Grahtwood, learning how to control his transformations and trying to atone for his time killing innocents with the pack by secretly protecting small local villages from bandits and Wood Orcs.