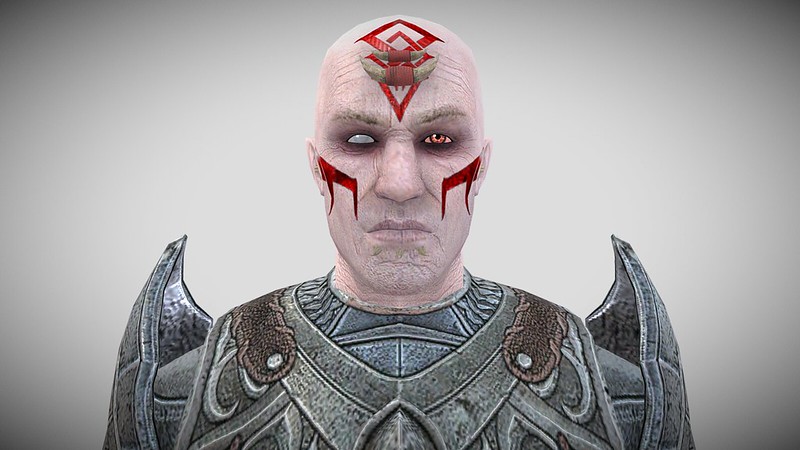 Qothmaar is an ancient vampire from Atmora. His name means "Tomb-Terror" in the Dragon language. He was slain in the First Era and went to Coldharbour but was sent to Tamriel during the Planemeld. Unfortunately for him, Molag Bal made him serve Mannimarco, whom Qothmaar hated and suspected of treachery.

Qothmaar tried to find proof of Mannimarco's betrayal but the King of Worms was one step ahead and made it look like Qothmaar was the one who was going to betray Molag Bal. Qothmaar was captured, tortured and then thrown into the Wailing Prison in Coldharbour.

As luck would have it, Lyris Titanborn, another prisoner of Molag Bal, tried to escape the Wailing Prison shortly after Qothmaar was put there and she freed him not realizing who he was. Having escaped Coldharbour, Qothmaar decided to temporarily ally with Lyris and the Prophet to get revenge on Mannimarco and maybe even on Molag Bal himself.