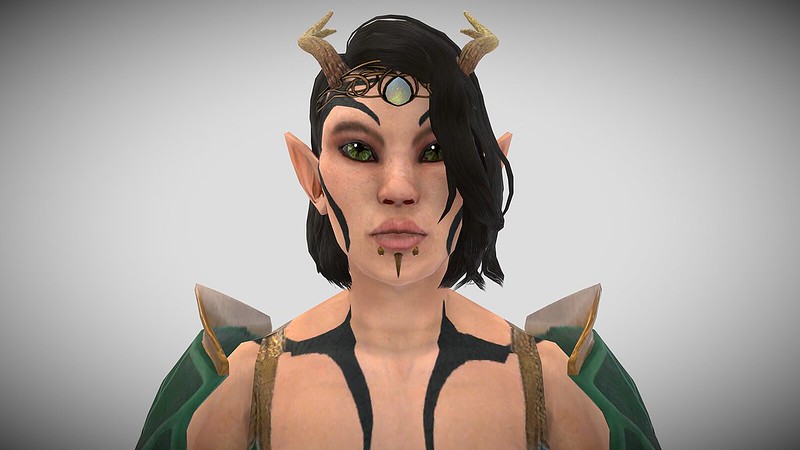 She steals, she stabs, she shoots, she a bosmer with an argonian name, but most importantly, she thicc, specifically from the sweet rolls she steals, then stabs any witnesses, or shoots people that run to take their shekels. Oh, and she is a crazy cat lady too, so you will die for a good cause knowing your gold will be used to take care of her kitties. Her real name only close friends or acquaintances know, but the rest of society just refer to her as 'Bosmer-With-Argonian-Name', which originated after she and some tavern patrons got drunk, and when asked for her name after getting sick over a waitress, she paused, looked at the Argonian she stole the Sweet Roll off of that she just spewed up with mead, and drunkenly said 'bosmr with argonina nam' and the other patrons being drunk as well, interpreted it as 'Bosmer-With-Argonian-Name', and it was never fully questioned and spread, becoming her 'character name', if you will, and she stuck with it when random people either speak of her, or is asked by someone directly she does not trust.