This is a showcase of the Dremora Kynreeve Outfit Style available as a pre-order bonus for The Elder Scrolls Online Blackwood Chapter, part of the Gates of Oblivion story. 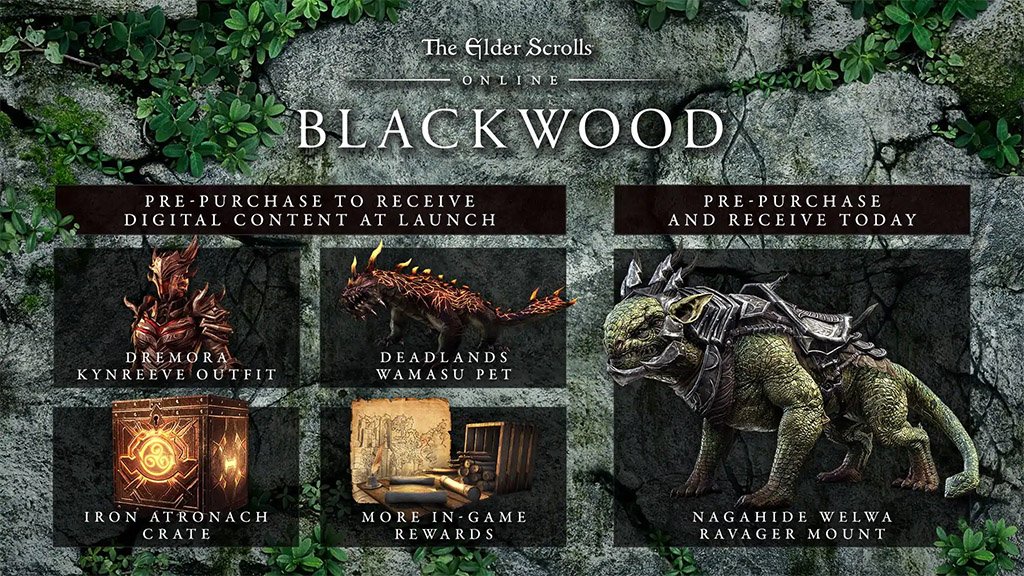 This outfit style can already be seen in-game on PTS during the Blackwood Chapter prologue quest, A Mortal's Touch. Armor in this style is worn by a few Dremora who serve Mehrunes Dagon in the Deadlands. You should be able to see it on the live servers when the prologue is released there, probably in early May.

This style will be non-craftable and will consist of 7 pieces of what looks like heavy armor. Its appearance seems to be partially inspired by the Daedric Armor set from The Elder Scrolls V: Skyrim. 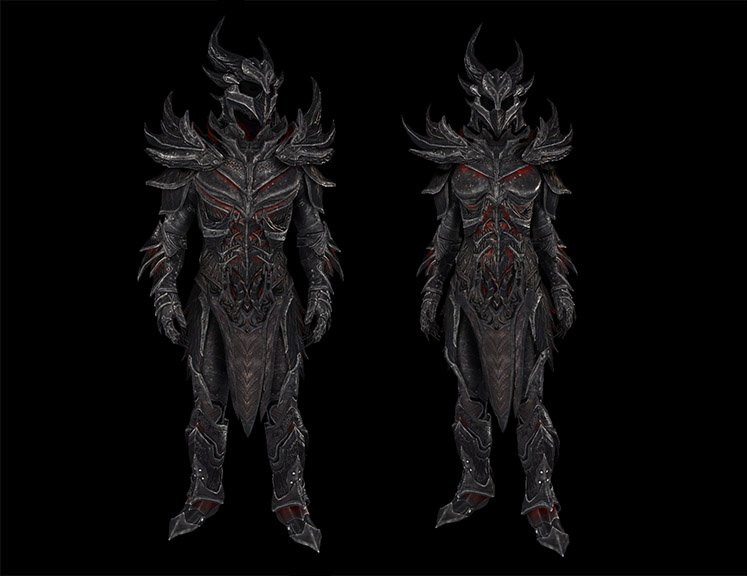 If you pre-purchased The Elder Scrolls Online Blackwood Chapter, Dremora Kynreeve Outfit Style will be available to you at launch on June 1 for PC/Mac and Stadia and June 8 for Xbox One and PlayStation 4.