Here's a look at the armor in the Crested Viper Outfit Style that was datamined with Update 7.0.0 (Blackwood Chapter) on PTS. 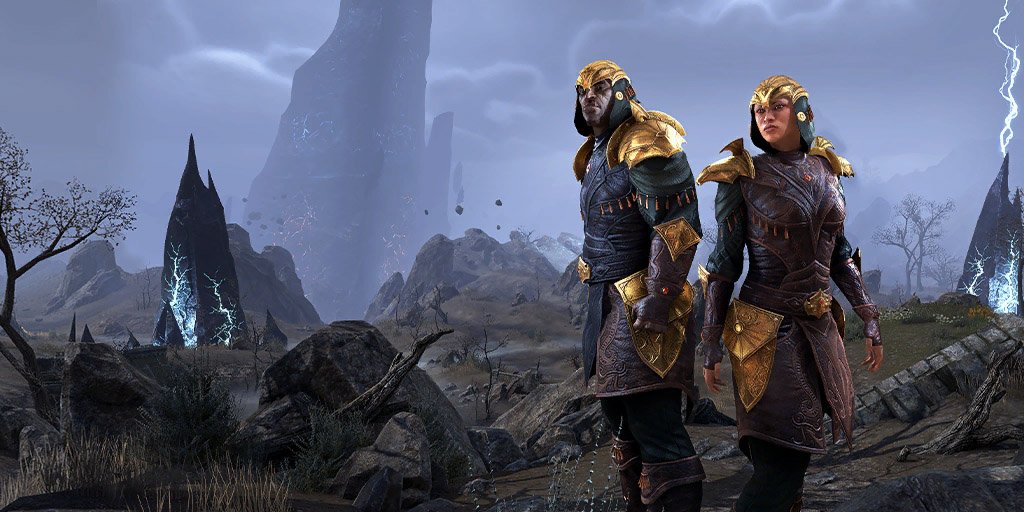 This Style will likely be sold in the Crown Store during the Year One Celebration event that was announced in the patch notes for Patch 7.0.3 on PTS. The event will celebrate The Elder Scrolls Online content added to the game during the first year and a half after the initial release, which includes Craglorn, Orsinium and The Imperial City.

Thematically and lore-wise, this Style seems to be based on the Celestial Serpent and his Scaled Court faction who are the main antagonists in the Craglorn zone story and Sanctum Ophidia trial. This is further supported by the internal name of this Style, which is actually just "Celestial Serpent".

The expected price for the Style is 2,500 Crowns, although note that it's just a guess based on the pricing of similar Crown Store items in the past. The actual price might be different.

Keep in mind that these models were found in the game files and this Style is not officially confirmed. As such, it might change significantly on release or might never be released at all.