UPDATE: The elk is called "Falinesti Faithful Totem Elk" and should be available as part of the Flames of Ambition DLC Collector's Bundle.

The welwa is called "Nagahide Welwa Ravager" and is available as a bonus for pre-ordering the Blackwood Chapter.

ORIGINAL: Here's a showcase of the models of two upcoming Mounts that were added to The Elder Scrolls Online game files with Update 6.2.0 and Markarth DLC on PTS. They are Skull Mask Elk and Welwa Mount.

Both of them still lack textures even after the release of Markarth on live servers, which means that they probably won't be available for a while, at least until the next Group Dungeon DLC comes out in Q1 2021.

Similar to every other ESO Mount, these have a basic version and three upgrades: stamina, speed and inventory. The stamina upgrade for the Skull Mask Elk has the actual skull mask that it is named after.

We can speculate that the Skull Mask Elk might be somehow connected to Hircine, the Daedric Prince of the Hunt, who is often depicted with an elk skull helmet, and the Welwa Mount might be connected to Craglorn and the Iron Orcs who are known to tame these beasts. 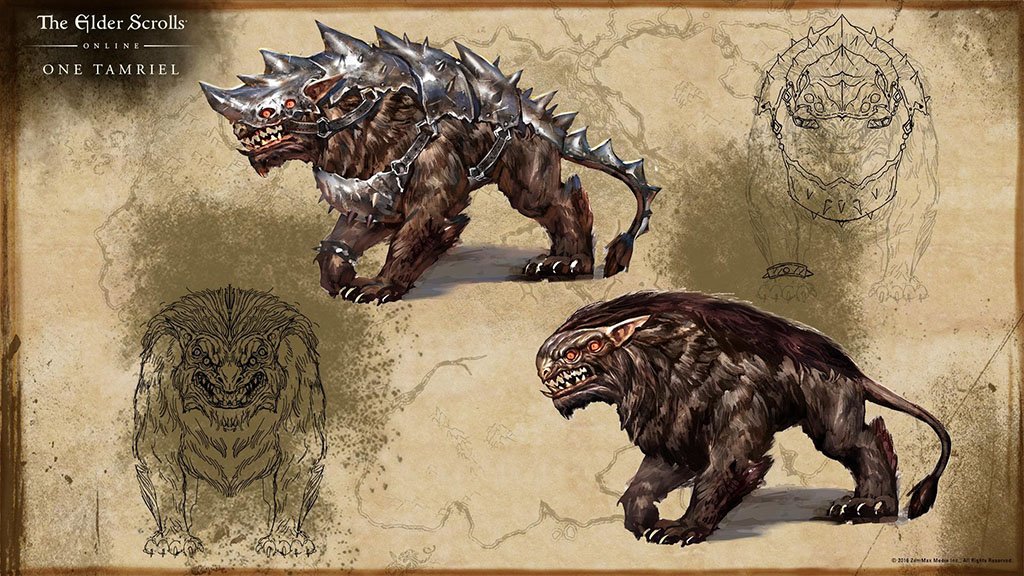 It also looks like the Welwa Mount will use the Senche-raht or "Heavyweight" animation skeleton.

Keep in mind that these models were found in the game files and these Mounts are not officially confirmed. As such, they might change significantly on release or might never be released at all.