UPDATE: You can check out Crown Store banners for these Mounts in the Markarth DLC datamine post.

ORIGINAL: This is a preview of the Mount models that were found in the game files with the release of the Update 6.1.0 and Stonethorn DLC on PTS. These models are called "Potentate" internally, indicating that they will likely be used for Radiant and Radiant Apex Mounts in the previously datamined Potentate Crown Crates, which will probably be released in Q4 2020 with Markarth DLC or around that time. 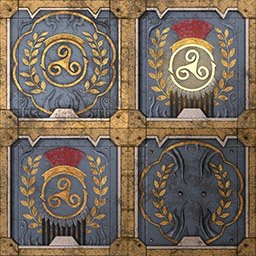 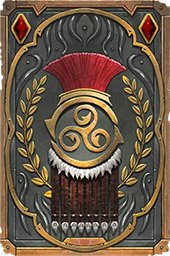 Models for the following Potentate Mounts have been found: bear, horse, senche and wolf. Like all the other Mounts in ESO, each of them has a basic version and three upgrades: stamina, speed and inventory.

The corresponding textures for these Mounts do not seem to be in the files yet so only models are showcased here.

Fitting to the name of their Crates, the Mounts' appearance looks like a mix of Imperial and Akaviri aesthetics. This further corroborates the theory that the events of the next ESO Chapter will take place in Cyrodiil but, along with the recently datamined Ancestral Akaviri Style, this might also suggest that we'll be getting Akaviri themes in next year's content, as well.

Keep in mind that these models were found in the game files and these Mounts are not officially confirmed. As such, they might change significantly on release or might never be released at all.

#ESO 2023 chapter details have been datamined from today's patch! You can check them out in the ESO Model Viewer Discord server - https://t.co/CCTfJGf1NO pic.twitter.com/aqG4rFG49d